This study for Scottish Enterprise Ayrshire sought to assess the value of carrying out a Townscape Heritage Initiative in Beith town centre. There was an acknowledgement that facelifts and environmental improvements alone would not secure a long term sustainable future for the town centre and therefore a complementary range of economic, community and development proposals were drawn up which would ensure lasting benefit for the area.

Beith is situated on the A737 close to the north west edge of the North Ayrshire Council area. It is one of Ayrshire’s gateway towns and occupies a prominent position overlooking Kilbirnie Loch and the Garnock Valley. It has an excellent setting in pleasant agricultural countryside and has a good outlook towards high land in the north west.

The town has a rich mix of buildings dating from the 18th century to the present day. Traditional Scottish town architecture rubs shoulders with Victorian and Edwardian buildings which in turn integrate with more recent construction. The street pattern is still largely based on the 18th century layout focusing five main approaches on the town centre. Generally speaking, these routes into the town give a favourable impression and this is particularly the case with the north approach down Wilson Street with its fine buildings, stone boundary walls, church and mature trees. The presence of a large area of more recent private housing developments does not detract from the quality of this route as they lie on ground falling away from Wilson Street to the north west. The least impressive approach to the town is from the south through recent private housing developments but this changes quickly past the Glebe and into Eglinton Street.

Morphology
The weakest areas of the town in terms of urban morphology and grain are the south and west sectors where large areas of public sector housing create little sense of place or structure. The town has a strong, if random pattern of open spaces including glebe, woodland, playing fields and smaller pockets of mature trees and well maintained grass verges. This gives the settlement a distinctive and positive character.

Industry is concentrated in the south west part of the town, particularly at Willowyard Industrial Estate. In structural terms, this means that the centre integrates well with most of the town’s residential areas and is within easy walking distance of them. The street pattern of the settlement seems to work reasonably well in functional terms and there seems to be no need for new footpaths or links between outlying areas and the town centre although existing links should be upgraded.

The Bypass
The A737 bypasses the town on its east edge and marks the edge of the built up area. It is possible, and quite likely, that most visitors to the area would drive past the town as there is little to encourage an exploratory diversion. The image of the town from the north end of the bypass is reasonably positive with a mix of properties of varying ages with numerous areas of woodland and mature trees. Towards the south end of the bypass, the image is less positive with more recent housing developments crowding towards the road with minimal landscaping. The principal landmarks are three church spires and two microwave masts. It is not possible to gain any impression of the town centre as it sits on lower ground away from the bypass.

Outstanding Conservation Area
The 18th century core of the town is an Outstanding Conservation Area and deservedly so. The numerous and dramatic changes in level combined with the cohesiveness, quality of building, elevational treatments and materials create a memorable environment. This is particularly the case around the north end of Eglinton Street and The Cross where the north side of the buildings present an almost Italian hill town character to the playing fields on the lower ground below.

Town Centre and the Cross
However, all is not well with the town centre. In the last twenty years, demolition of buildings and new road schemes have split the centre in two and eliminated the heart of the 18th century street pattern. The result of this has been to create two pieces of town centre: the elegant Eglinton Street and Strand area and the Main Street area. In addition to this, economic forces have caused a decline in shops and local businesses resulting in poor maintenance of properties, general decline in urban fabric and a down-at-heel image. This is particularly marked at the Cross itself where a number of buildings are now derelict. The Cross has been the subject of a streetscape and landscaping project which detracts from the quality of the space with large inappropriate brick planters and overgrown shrubberies. The Co-op shop has moved from its location near the Cross to a former industrial site to the north but still within reach of the central area.

The geometry and scale of the new road scheme which takes traffic north around Main Street to Wilson Street are at odds with the character of the town centre and the new developments which have taken place along it are awkwardly placed with no consistent building line or cohesive design philosophy. Furthermore, the design of the road significantly raises traffic speeds through the town centre and has led to the need to install a controlled pedestrian crossing at the Cross.

Main Street
Main Street has been the subject of streetscape works, probably dating from the late 1970s or early 1980s. These were carried out in concrete block paviors and the signature red bollards of the Scottish Development Agency, probably as part of the Garnock Valley project. It would be desirable if changes could be made to these works since they contribute little to the character and quality of the street. At the north end of Main Street, three of the four corners of its intersection with Wilson Street, Head Street and Kings Road are gap sites which create an additional negative impression of the centre. We understand that some of these may be developed in the near future.

Overall, the environmental condition of the town centre is poor and in some ways meets anecdotal local comparisons with Beirut. Although it is not a busy place, it is rarely deserted during the day and obviously still provides essential local services. There is also a good proportion of residential accommodation in or around the centre and this will contribute to street activity.

Opportunity for change
The proposed THI will deal effectively with many of the environmental issues facing the town centre. However, we consider that the issue of the split in the town centre could also be tackled by promoting new development in the Cross area which would unite the two parts of the town centre. Assuming that this land is in NAC ownership, the Council could promote a design and development brief sale of the site to a developer thus gaining useful income as well as uniting the separate parts of the town centre. This could be a mixed use development with some active ground floor uses and two or three floors of residential accommodation. The development could also include rooms which could be run by the Historical Association to promote the history of the town. Some of the difficulties created by the new road would also be mitigated by these proposals.

Summary
In summary therefore, the environmental audit of Beith describes a pleasant traditional country town with fine architecture and good townscape which has been able to accommodate extensive areas of recent development without too much damage to its integrity. However the decline in the fabric of the town centre, particularly around the Cross and the north end of Main Street is almost a surprise, given the reasonably prosperous character of much of the rest of the town. In addition, the construction of the new road which effectively cuts the town centre in two, may well have exacerbated this decline and certainly contributes to a lower environmental quality through both increased traffic speeds and the dissolving of the tight 18th century street pattern. 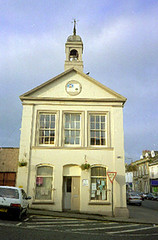 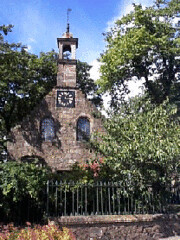 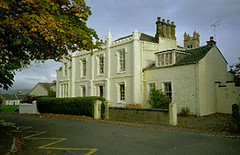 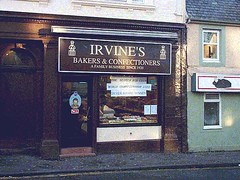 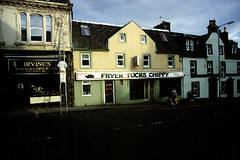 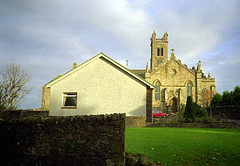 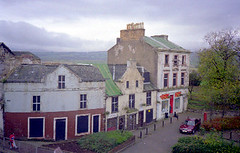 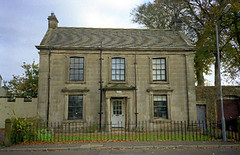 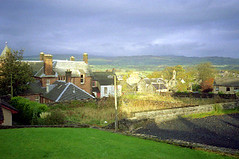 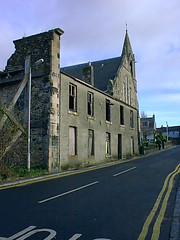 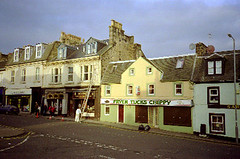 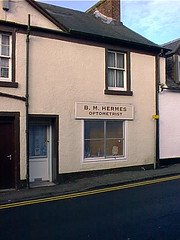 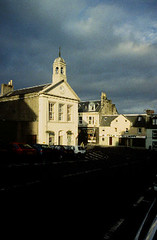 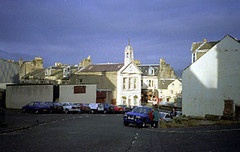 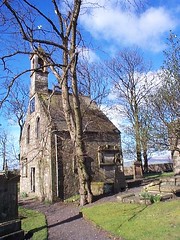 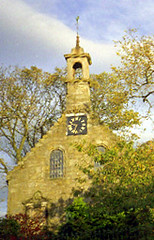