The involvement of the consultancy team in this work is through a partnering approach, bringing specialist expertise (urban design and community engagement) together with experience from similar initiatives elsewhere, while the Council brought local knowledge (of existing initiatives/stakeholders etc) and funding/investment potential.Glasgow City Council’s City Plan 2 identifies Maryhill as having a Local Town Centre. The policy framework in City Plan 2 seeks to maintain and enhance vitality and viability of Local Town Centres for a range of uses, including shopping, community, entertainment, employment and residential (Policy SC 2). It notes the importance of safeguarding the future of Maryhill and other town centres as retail destinations; and also the need for these town centres to offer an appropriate range of uses, including residential, cultural, community and leisure, if they are to prove viable in the long term (Part 2; paragraph 6.91).

Working in partnership with retailers, other development interests, private investors, public agencies, infrastructure providers and the community, the Council aspires to support the production of a series of Town Centre Action Plans and other planning documents, consistent with other strategies, including the Community Plan. By indicating the scope for change, renewal and diversification, these Town Centre Action Plans will aim to equip town centres to respond to competition and deal with the environmental consequences of changing retail patterns. Town Centre Action Plans must be realistic in their objectives, having regard to local circumstances and patterns of retail expenditure (Part 2; paragraph 6.92).

These and other development proposals are an important part of the context for this action plan.

Maryhill TCAP area already contains development proposals for most of the major sites throughout the corridor and for a substantial proportion of the smaller sites. The purpose of this document is not to reinvent these proposals – it is acknowledged that much time and effort has been spent in developing these and that there are existing commitments to proceed, including in some cases planning approvals for particular developments.

This Maryhill Town Centre Action Plan seeks to provide an overall vision for the area and to work in the cracks between the various proposals, providing better adhesion between them and the surrounding context. For example, it is not within the scope of this document to re-masterplan the Maryhill Locks site or housing developments at the Botany. However in both cases, there are genuine issues about how these developments relate to their surroundings and this document seeks to improve their connectivity to existing footpath networks and significant existing or potential new places.

Maryhill Road itself is the subject of much debate and review. There is a requirement to maintain the road as a transport corridor for now and a concern that this requirement should not be eroded by proposals which seek to establish a different and more progressive environment. The environment of the immediate road corridor is hostile to pedestrians and to interaction between people.

There are an increasing number of successful projects in the UK and on the European mainland for busy streets in which the balance between pedestrians and vehicles has been moved in favour of the pedestrian. This has happened without serious detriment to the ability of the road to carry significant traffic volumes and has resulted in a better quality social and physical environment. The environment of Maryhill TCAP could benefit greatly from a new regime for the road corridor which adopts some of the best current practice from elsewhere. 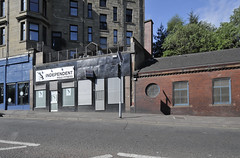 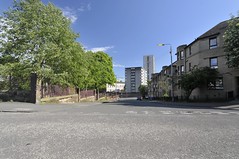 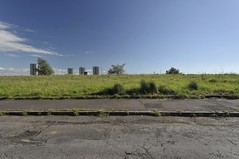 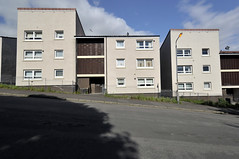 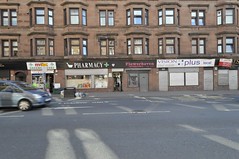 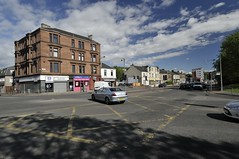 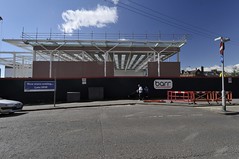 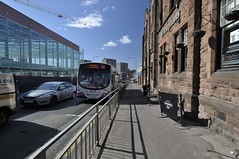 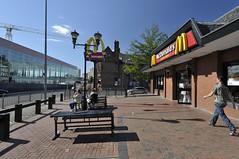 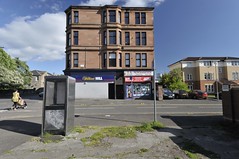 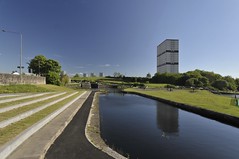 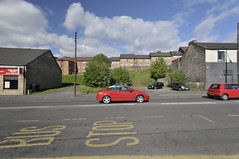 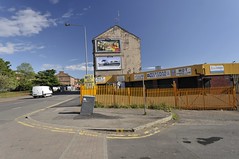 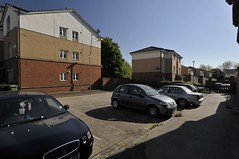