Much has been written in recent weeks about Rieselfeld and Vauban, both extensions of Freiburg in Breisgau in south west Germany. These areas have been under construction since the 1990s but the current interest in them from a UK perspective comes from the Government’s plans to build a number of eco-towns – the so-called Brown Towns – combined with a degree of agonising over the form that these towns should take and indeed if the idea has any merit at all.

The list of achievements at Rieselfeld is almost endless and mind-boggling from a UK perspective, it would be remarkable to achieve but a few of these. For example:

At Rieselfeld, many aspects have combined to create something special. The masterplan and the physical aspects of the development are a major part of this – they are many years ahead of the dumb architect led masterplans so common in the UK. But the crucial elements lie beyond the physical plan. These are:

Rieselfeld is not the only example of excellence in the development of eco-communities and sustainable extensions – Hammarby Sjöstad, a suburb of Stockholm is currently considered one of the world’s most sustainable communities as reported by the Guardian on 5 December 2007.  It is to be expected that many more of these developments will take place in Europe over the next few years. The UK has much catching up to do. 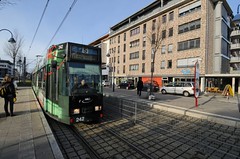 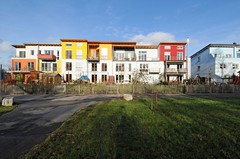 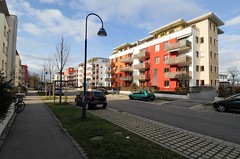 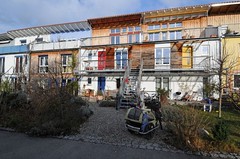 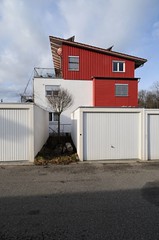 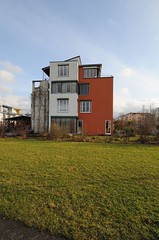 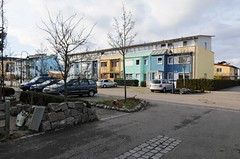 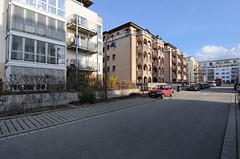 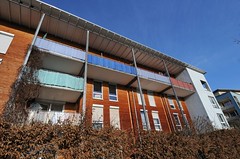 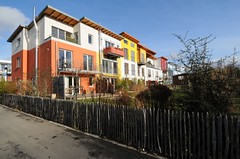 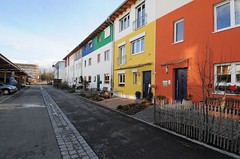 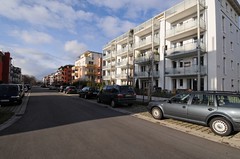 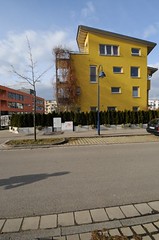 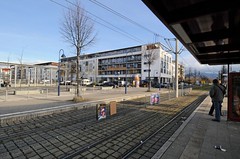 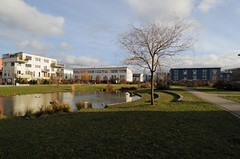