We have been commissioned by Scottish Natural Heritage to carry out a feasibility study of the restoration of the Greenock Cut. The brief for this work stated that the overall aim of the study was “to produce a development plan for the restoration and enhancement of the Greenock Cut which takes advantage of the Cut as a tourism and recreational resource for Inverclyde and which will provide a framework for action for all partners for the next five years.”

The detailed objectives of the study as set out in the brief were as follows:

The Greenock Cut was constructed in the 1820s to provide water and power for the burgeoning industries of the Greenock area and remained in use until the early 1970s. The water supply system was designed by engineer Robert Thom and involved the construction of a large reservoir in the hills above the town feeding a 5.5 mile aqueduct which brought water to a regulating basin known as the Long Dam at Overton. At this point the water cascaded down successive falls, driving 19 water wheels on its way to the Clyde at Cartsburn. The system also supplied drinking water for the town.

From the outset, the Greenock Cut was a popular local walk. Old photographs show well dressed people walking beside the aqueduct on a fairly wide surfaced path which has more the character of a Victorian public park than the informal trail which exists today.

Since it is situated some 160 metres above Greenock on the northern slopes of Dundrod Hill, it provides striking views over the town and the Firth of Clyde towards the Southern Highlands. In addition to being a popular local walk, the Cut enjoys wider recognition and is described in a number of publications on walking in Scotland such as the Walker’s Companion to Scotland by Brown, McOwen and Mearns. It was also featured in Scotland on Sunday’s “Walk of the Day” in December 1997. We understand that during summer weekends, 500 people per day may use the path along the Cut and it is also used for sponsored walks.

Following its closure in 1971, the Cut, together with some of the associated dams and reservoirs of the water supply system, was designated a Scheduled Ancient Monument. The aqueduct itself is a narrow 1.8 metre wide channel approximately 0.5 metres deep, clay-lined with stone edging on the footpath side. Although the opening of the Cut was marked by the Chief Magistrate of Greenock sailing down the watercourse in a small boat, the prospects for navigation on the Cut today seem limited to say the least. However it does have much in common with canals and in many places, the footpath has a distinct towpath character.

The water course is crossed by over twenty small stone bridges and there are a number of masonry bothies along the route which provide interest. There are no overt features of great civil engineering or structures of dramatic interest along the Cut – everything is low key and small scale. However, the unfolding variety of views from urban Greenock to the more rural scenes around Inverkip and the ever-changing views of shipping on the Firth of Clyde make walking the Cut a memorable experience. Much of the popularity of the Cut certainly stems from these striking views rather than from the intrinsic interest or otherwise of the water supply system as a piece of civil engineering. The lack of gradient also ensures that the Cut is a highly accessible and easy walk. In his book Collage City, Colin Rowe said that one of the greatest assets a town can possess is an elevated promenade with magnificent views of town, landscape or water. He was referring to places such as the Piazzalle Monte Berico at Vicenza or the Pincio in Rome but in its way, the Cut represents just such an asset for Greenock. What is lacking is a strong sense of connection between the town and its promenade.

The main access to the Cut is at Cornalees Visitor Centre, one of the managed attractions in Clyde Muirshiel Regional Park. From this point the start of the Cut is easily accessible, pleasant and well signposted. However at the Overton end of the Cut, the environment is much less attractive and perhaps rather unwelcoming and hostile.

Much of the aqueduct is dry during summer months, many of the stone bridges are deteriorating and most of the bothies are suffering from decay and vandalism. The condition of the footpath is generally passable in comfort although there are sections, particularly around Shielhill Farm, where the path almost disappears or becomes difficult to negotiate. In other small areas, the path is overgrown by broom and gorse. There is therefore a fairly pressing need to arrest the decline of the Cut and maintain an acceptable standard of through route given that it is used extensively by local people, campers, cyclists and by more serious walkers.

The Inverclyde area has seen considerable change over the last twenty years. Major restructuring has seen growth in computing and electronics and decline in the traditional industries such as shipbuilding, textiles and sugar. These new industries form the main driving force of the Inverclyde economy and now represent major sources of employment and income. However, the area is not free of social problems and a number of factors such as poverty, access to education, training and health all work against the drive to regeneration.

The Cut and its associated features are clearly splendid assets for Greenock, Clyde Muirshiel Regional Park and Inverclyde and have a part to play in the regeneration of the area. The challenge for this study is to find a means of securing the restoration of the Cut and in so doing, maximise the benefits of the work to the local community who use it so extensively. 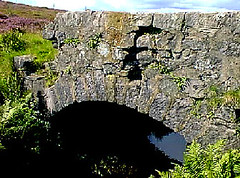 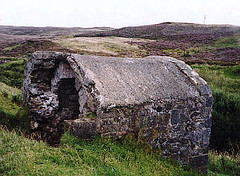 Bothy on the Greenock Cut 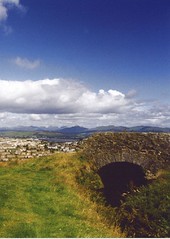 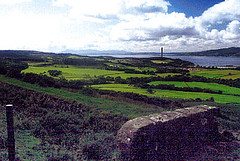 Inverkip from the Greenock Cut 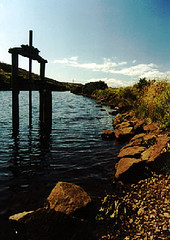 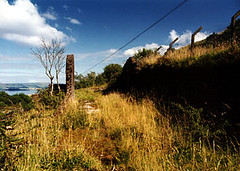 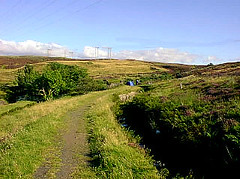 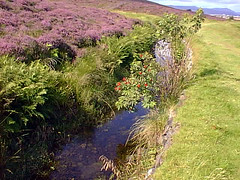 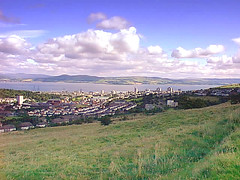 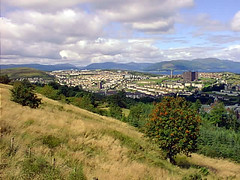 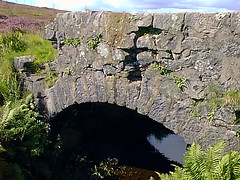 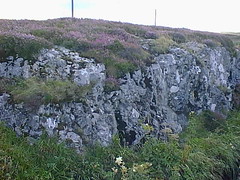 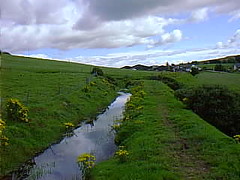 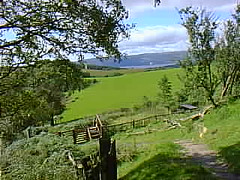 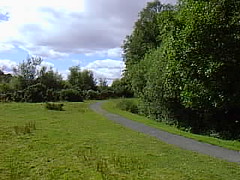 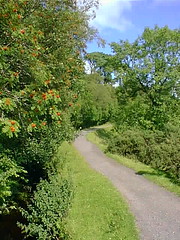 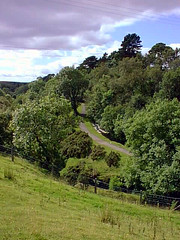 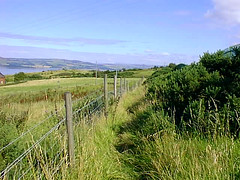