WMUD were commissioned by Orkney Islands Council in March 2008 to produce a Stromness Urban Design Framework including an economic appraisal and strategy for the town. The purpose of the urban design framework was to provide a strategic overview which would coordinate existing projects and act as the basis for future development briefs and masterplans for individual sites. The economic appraisal and strategy was intended to provide background evidence in support of the urban design framework and supporting grant applications for key projects identified in the urban design framework. Finally under the Environmental Assessment of Plans and Programmes (Scotland) Regulations 2004, the Strategic Environmental Assessment was a necessary and integral part of the study process.

This work has been carried out in parallel with other studies and initiatives which aim to improve the town. The most significant of these are the Townscape Heritage Initiative (THI) study being carried out by Gray Marshall Architects for the Council, and the Pierhead Project run by the Council itself which has been the subject of an architectural competition during the course of the study won by Malcolm Fraser Architects. The THI study is focused on the Outstanding Conservation Area which covers most of the historic core of Stromness and the Pierhead Project (also within the THI area) covers significant buildings and spaces at one of the town’s principal focal points.

As with all work of this nature, the town itself is a dynamic entity which is constantly changing and evolving. In a settlement as small as Stromness, any change can have a significant impact. During the study a number of significant decisions were made such as the relocation of Stromness Primary School, the purchase by the Council of the Commercial Hotel in the THI area and the Council decision to declare the Library unfit for purpose with a view to moving it to the Pierhead. These decisions create related opportunities for new development as well as tensions which have to be resolved in relation to how the rest of the town functions.

The animation below shows a day in the life of the town and how activity is spread over a wide area and to Garson in particular rather than concentrated around the historic core.

We noted in our proposal for this work that there was a striking contrast between the centre of the town and its peripheral areas – almost as if the centre mattered but the rest didn’t. We had a strong feeling in Stromness that there was a need to re-learn how to build places – not so much in terms of architecture but in relation to the basic components of the external environment, the siting of development and the overall form of settlement. Our anticipated headline issues were:

These are the basic foundations of the urban design framework. If anything the contrast between the old town and the surrounding areas was more marked than we thought. There is a strong sense that the old town is regarded, like the library, as unfit for purpose in the 21st century. The decanting of uses to Hamnavoe and Garson is evidence of this while the Pier Arts Centre seems to represent the very opposite view – a well received triumph of careful design and function in constrained circumstances.

In parallel with this is the sense that Garson is used as a convenient place to site things that can no longer be accommodated in the old centre. So the town has no real structure or cohesion. This was recognised in the brief for this work which stated that the purpose of the study ‘is to establish a strategic framework and vision which would direct future proposals towards a coordinated and legible urban form’.

While preserving and enhancing the historic core has been an objective of the Council for some time, changes in land use patterns, changes in the type and location of housing, the relocation of important community institutions and the growing rate of vacancies in the historic core suggest a need to ask some very basic questions about the future of the town. Some of these are:

These questions are answered to a greater or lesser degree in the report below. The culture of Orkney and Stromness is very project orientated and there was significantly more interest in implementing these rather than addressing strategy and policy which would in turn produce more appropriate projects than the current batch. There is also enormous resistance to change on the part of the local community and widely differing opinions about what should actually happen in the town.

The inevitable result of this is compromise and our report reflects that. However it has opened up wide ranging discussions about the form and function of the town and set out some new thinking, especially in relation to the form of peripheral development in the stunning Orkney landscape. The final report is shown below: 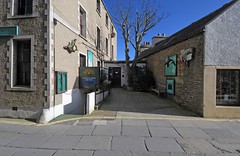 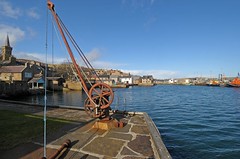 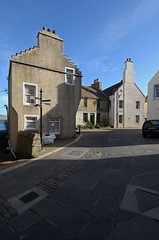 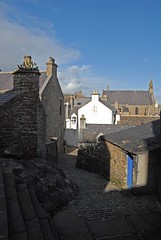 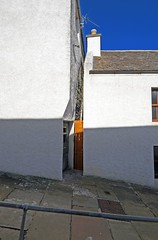 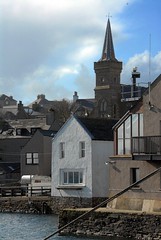 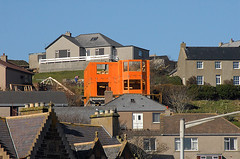 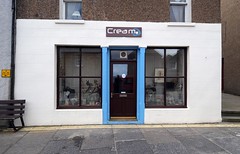 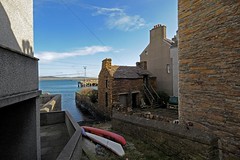 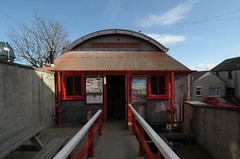 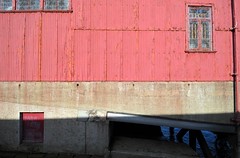 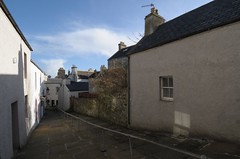 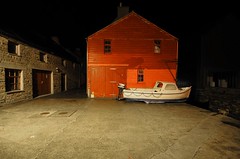 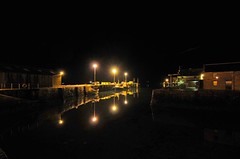 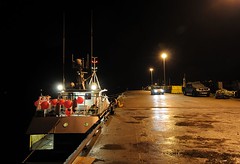 Stromness from the Harbour 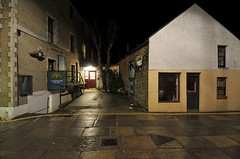 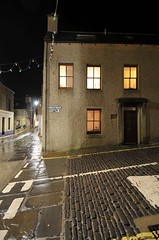 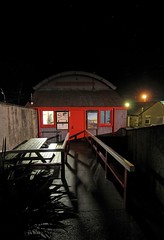 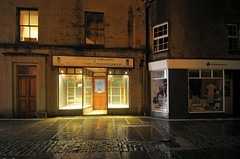 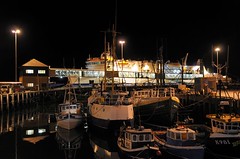 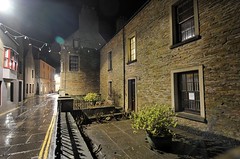 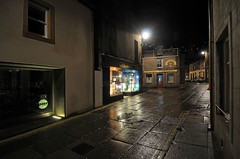