Situated in the former iron and steel manufacturing town of Coatbridge near Glasgow, Summerlee is an open air facility with working machinery, a tramway, canal, coal mine and industrial village. The practice was commissioned as lead consultant by North Lanarkshire Council to carry out a study of this industrial museum.

The objective of the study was to identify areas for future development which would enhance the facility as a visitor attraction, encourage and develop partnership funding and develop new audiences which maximise opportunities for income generation.

A Visit to Summerlee, a Summer in the Future, by Neil Baxter

The new terminus at Coatbridge Central is where the journey begins. The tram stop, which sits opposite the red sandstone splendour of the former station building, offers plenty of shelter and even seating for older folk. But today the sun has broken through the clouds and most people are happy to stand and wait as the tram judders to a halt.

The route towards Summerlee Industrial Museum, starting at the new library, creates a real sense of anticipation. Along the first part of the route, new planting has created an avenue of trees and hides the industrial buildings which sit along its length. Milestones along the way indicate that in only a minute we’ll pass through the cast-iron gates of Summerlee itself and the now familiar sign “Fire Works at Summerlee” welcomes us in.

Today there is a buzz of excitement at the café with the opening of a retrospective exhibition of one of Coatbridge’s favourite artist sons creating a real stir in the new gallery next door. A number of kids are eagerly buying badges and balloons with adults poring over the touch-screen prior to their visit. The ticket desk for the main attractions has only a short queue as most people have taken advantage of the on-tram ticketing which has given them their whole day passes and, of course, the invitation to come back again and again right up until the winter. Over to one side the café creates a pleasant murmur of chatter and an elderly couple are perusing their newly purchased guidebook while sipping chilled frappuccinos.

Walking through to the gallery, the contrast between the sombre splendour of the Victorian works from the Coatbridge Collection and the vibrant colours of the new work is quite considerable. Yet, looking closer, these new works are on the themes of fire and industry, inspired by Summerlee itself. The figures in the foreground seem to stand in awe just as visitors to the newly created Ironworks Experience do nowadays.

Emerging into the sunlight, there’s always the option of hopping on the tram but the distance to the Main Exhibition Hall is fairly short and the weather is still pleasant. Of course, the experience of entering by tram and demounting at the new stop within the hall itself is always fun, but a sedate stroll later and entry to the hall is greeted by the clang of the tram arriving. Those who disgorge rush towards the heavy machinery area. Pistons and bellows boom over the excited chatter of voices. The other side of the hall, of course, offers the option of the people’s history, with its animated displays of shop, home and even prison, or the new thrills of the interactive reconstruction The Ironworks Experience. The latter, by mirrors and magic, recreates the atmosphere, noise and blown heat of the original ironworks.

Emerging from the Ironworks Experience, the route down to the ironworks itself passes the new play-park where young children and indulgent fathers clamber among play features, modelled on Summerlee’s heavy machines. Yet, the ironworks can wait as the tram is about to depart and the opportunity of skirting the northern end of the site towards the drift mine and the Victorian township is too good to miss.

The miners’ cottages have always offered a glimpse into the real lives of our ancestors, but now these have been joined by the garage and the cinema, resplendent with its Wurlitzer organ, where show-reels of the bustling Coatbridge Main Street from the 1920s are intermingled with magical old time dancing. The programme on the wall offers further delights including a live performance featuring extracts from Buster Keaton to superbly improvised organ music. A later performance promises a recreation of Sir Harry Lauder’s famous wartime benefit, compered by the inimitable local impressario (and Co-op Manager) Bill McCardle.

Another new highlight and one of the real thrills that has brought visitors in droves to Summerlee is the brilliant Bennie Railplane, which sweeps across the gap with views down to the canal and the ironworks. The on-board narration, by Bill Paterson, is interspersed by the voices and clamour of the ironworks. Somehow, just like the Ironworks Experience, bringing Summerlee’s star attraction back to life. After leaving the Railplane, there’s only one place left to visit. Walking among the ruins of the ironworks with all those voices ringing in recollection, the whole reason for this place is abundantly clear, and the ghosts of those who have gone before mingle among the joyous chatter of Coatbridge present. 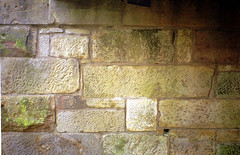 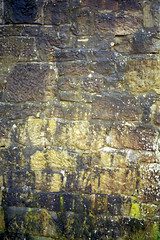 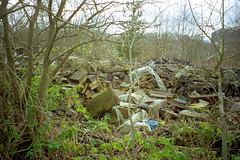 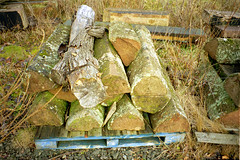 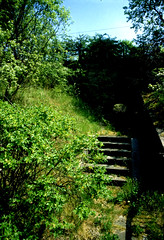 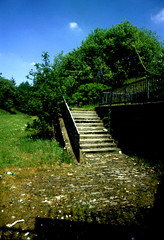 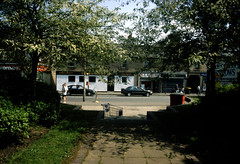 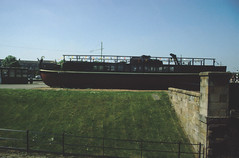 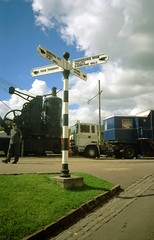 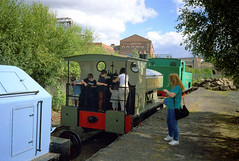 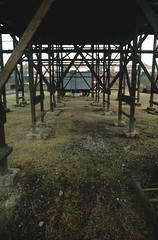 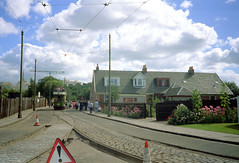 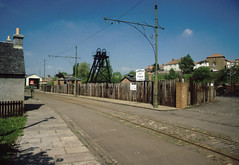 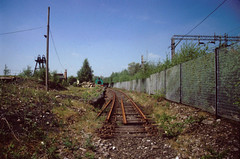 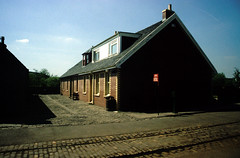 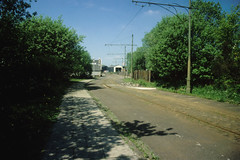 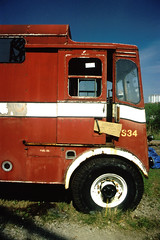 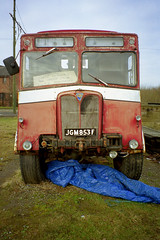 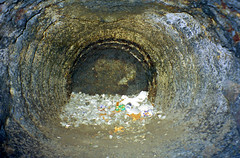