In January 2016, Highland Council commissioned Alan Marshall Architect with WMUD to carry out a conservation area appraisal of Tain Conservation Area. The purpose of the study was to review Tain Conservation Area in the light of developments and changes which have come about since its designation thirty years ago. We had carried out previous heritage related work in Kirkwall, Fraserburgh, Stranraer and Derry.

The merits of the Conservation Area, as well as the negative factors, were described and analysed together with issues of management. The method used followed guidance given in Planning Advice Note (PAN) 71. This appraisal was intended to be a document which will inform management of the area and help to identify strategies and opportunities. It would also be the basis for formulating proposals for enhancement of the area and future policy‐making within the local authority as well as acting as a tool for public consultation on development and preservation issues and can be helpful for partnership funding applications.

In addition to Highland Council and general public consultees, there are a number of other organizations with an interest in Tain and its built heritage, for example, Historic Environment Scotland, Scottish Civic Trust and in particular Tain and Easter Ross Civic Trust.

These are some extracts from our work.

Tain occupies a plateau on top of an escarpment that rises about 1.5 miles to the north-west and continues south-east for a similar distance. A relatively narrow coastal strip separates the escarpment from the sea until the River Tain enters the sea creating a minor estuary at which point the shoreline turns northeast alongside a large low lying area.

The evolution of character

The earlier parts of Tain – the original town, pilgrimage setting – and ‘Little Tain’ related to the physical constraints of the site and to a large extent these have remained a defining feature of the character of Tain. However, the bridging over of the Polcalk Burn and expansion of the town to the south east during the late 18th and early 19th centuries removed a natural edge to the historic medieval core. Later 19th century development moved uphill from the High Street and spread along the ridge to the south west. While the ecclesiastical and domestic elements along Queen Street and Manse Street created a more suburban area, the effect on King Street and in particular Market Street was to expand the commercial town centre beyond its original medieval origins.

The extension to the north west, also during the late 18th and early 19th centuries, linked the areas on each side of the original Royal Academy but adapting to existing buildings and lanes produced quite distinct areas During the later 19th century a commercial area (perhaps with some earlier beginnings) grew up between the railway and the foot of the escarpment to the north east, again with a distinctive built character.

While the commercial town centre has expanded beyond the original and there is some blurring of edges between areas, the pattern of development remains strong and it is logical to examine Tain in terms of these character areas.

The town centre is a complex area with several components and in St Duthuc’s Churchyard, a key element almost hidden from view. Around the edges of the area it is difficult to define where the centre ends and the more residential areas begin, but that is part of the character of Tain with substantial buildings on large plots occurring right in the centre. The High Street has a distinct, traditional High Street character, lined with shops and public buildings and the commercial nature of the centre continues into several of the side streets, in particular Market Street. The character begins to break up along Tower Street, but there are sufficient commercial uses, despite the gaps in the urban form, to justify including it within the town centre character area.

“Little Tain” is a complex area with good surviving evidence of the separate working community. This is overlain by the buildings of the slightly later westerly expansion of Tain built in an orderly manner along the main road west, while a number of other dwellings are sited almost at random, although probably reflecting access lanes and plot boundaries. Overall the impression is of a more informal area with its own distinct character – part of the ‘irregularity’ that, historically, was a noted feature of Tain, but in its own particular way.

In terms of character, the closely knit centre reaches No.3 Tower street after which there is a gap in the street frontage, a result of Tain’s irregular development ‐ Munro Place is a short terrace off Rose Street, facing south but with back gardens running down to Tower Street (although a modern replacement has been turned round to enter off Tower Street, creating an unfortunate break in the street frontage).

A new town to SE was first proposed by Donald MacLeod of Geanies 1788 and the Town Council bore the £80 cost of bridging the gulley of Polcalk Burn opening up the east end of High Street. A contract the following year noted that the houses were to be built of clay with stone dressings – perhaps referring to the modest nature of house at the south end of Ross Street and the along Lamington Street.

A second wave of development began 1827 when land owned by McLeod of Geanies was fued out, establishing the present grid iron pattern.

The 1878 Town Plan shows the area more or less complete and much as seen today, although there have been additions along Ankerville Street and a few replacement buildings or modern infills. Tain has, of course expanded greatly to the south and east in the 20th century; however these areas are outwith the conservation area.

The area around Hartfield Street, Petley Street and Sutherland Street are currently excluded from the conservation area; however the maps show that most of the buildings in that area are contemporary with those included in other streets. In view of this, the area has been included in the assessment.

There is a number of building types within the area, although within each type there are many similar examples. In view of this examples are shown to indicate the character of each street.

The south west character area is difficult to define as such other than it represents the expansion of Tain over a long period from the late 18th century until the early 20th century. Some earlier buildings survive but as prosperity increased during the 19th century, first housing expanded with some substantial houses and smaller scale dwellings built alongside each other then, later, the commercial and civic activities of the centre began to expand southwards, particularly along Queen Street, Cadboll Place and the first section of Stafford Street. Newer, generally larger (and in the case of the Queen Street Church extremely large) buildings replaced older buildings or were inserted into gaps or built on new sites (such as St Andrews Episcopal Church and manse). Substantial villas in spacious grounds were also built.

Until the mid-20th century the area was very much on the edge of the town, with open land to the south of much of Manse Street. Following the 1903 Carnegie Library there is little evidence of further redevelopment within the area, other than a couple of unfortunate modern buildings at the west end of Stafford Street and some later 20th century housing beside the church and at the top of Quarry Lane.

Although having ancient origins and a street pattern in the centre that reflects the medieval layout, there are relatively few early buildings. St Duthac’s church, in the centre, dates from the 15th century and was completed after the original church down by the links was destroyed by fire in 1427, while the roofless enclosure is all that remains of the earlier parish church of the 14th century. The parish church relocated to a new building in 1811‐14 and the existing church fell into disrepair, being rescued and restored in the later 19th century by Andrew Maitland and others. The Tolbooth dates from 1706‐1733 – built to replace an earlier Tolbooth of 1631 that had collapsed in 1703. The Tolbooth and Town House were repaired between 1778‐80. A new jail and courthouse built next to the Tolbooth tower in 1825‐26 was destroyed by fire in 1833 and eventually, the Court House was replaced in 1848‐49 and extended in 1873.

In many ways, this pattern demonstrates how the centre of Tain probably developed over a long period with medieval buildings falling into disrepair and being replaced when times were suitable. The history of Tain shows that there were many troubled periods followed by years of improving prosperity, with economic conditions becoming increasingly favourable from around the 1750s.
The result is that much of Tain dates from the later 18th century onwards although the irregular layout has much more ancient roots.

The first impression on visiting the centre of Tain is of a compact urban centre based around the Tolbooth and High Street. The setting of Tain is defined by its topography and in particular its relationship with the escarpment and lower coastal area. The escarpment is largely tree covered. There are no public landscaped spaces within the urban fabric other than the rose garden created on the site of the Polcalk Burn and a small triangular green produced almost by accident at Cadboll Place.

The substantial grounds of both the original Royal Academy and former Parish Church both have a good stock of mature trees and contribute significantly to the environment of the centre. In addition, the irregular layout of the town resulted in many large house being located close to the centre and their large gardens have allowed significant tree cover to develop, particularly to the north west of the centre.

The impression of landscape in the Queen Street car park is almost entirely due to trees within the adjoining garden. Other smaller private gardens also contribute.

The following issues were identified as being negative influences and sources of concern for the future integrity of the Conservation Area: 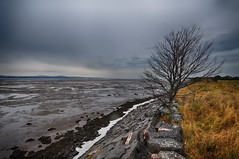 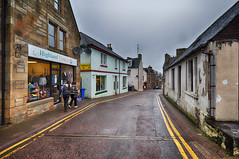 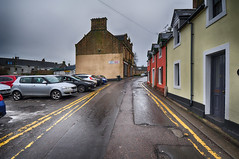 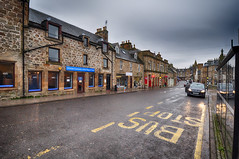 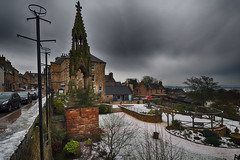 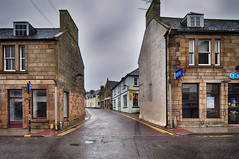 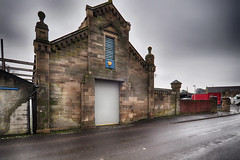 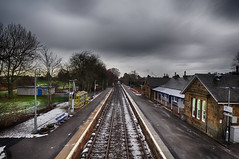 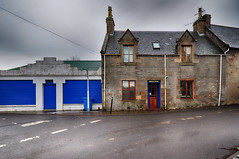 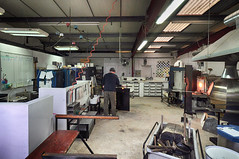 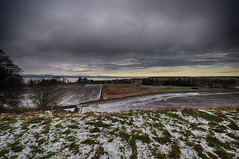 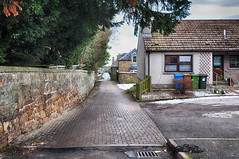 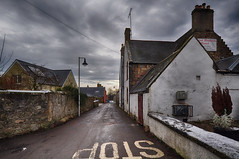 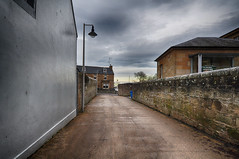 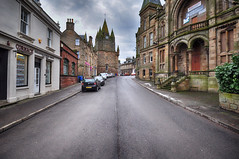 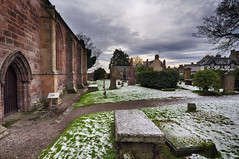 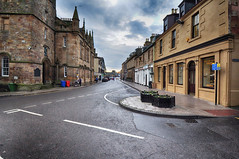 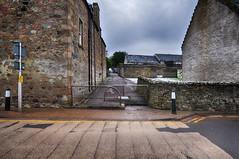 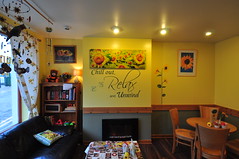