The urban morphology of Keswick: animation

The slideshow above looks at the urban morphology of Keswick. There has been a settlement at Keswick since at least the 13th century, but the earliest recorded map that shows the town as a recognisable urban entity is dated 1787. Since then the town has been mapped at frequent intervals enabling an analysis of the important ages of the town from an urban design perspective.

The 1787 map shows a layout which is recognisably Keswick with Market Square and Market Place clearly established as the focus of the town, and the centrally placed Moot Hall

Long thin buildings ran at right angles north and south from Market Square into what are now the Bell Close and Heads Road car parks. The outlines of what would become Station Street, St John’s Street and Lake Road are clearly visible, as is Main Street striking out to the west. The town did not extend north or west to the River Greta at this time.

By 1867, Keswick had grown westwards to the Greta Bridge along Main Street and along the Penrith Road to the east. This period also saw the sporadic growth of large estate houses and a number of pencil factories in the west of the town. However the most significant developments during this period were:

By 1898 the expansion of the town centre north towards the Greta was complete. To the east, the residential area based on Blencathra, Helvellyn, Southey and Greta Streets was also largely developed. Stanger Street was developed to the west of the town centre and the villas at the east end of what is now the Heads were also built, marking a significant departure from Keswick’s original compact form. The town had its own gas works, located at Otley Road.

Significantly, the Victorian town was catering for the needs of visitors with developments including:

There was very little change in Keswick during this period except for the development of residential areas around Greta Hamlet and at the Headlands, both shown on the 1924 Ordnance Survey plan. Although these developments are small they are significant as they marked a move away from the scale and materials of what was then typically the Keswick-Cumbrian traditional building and Victorian and Edwardian architecture towards developments which were suburban in layout, bungaloid in architectural style and un-rooted in the local area. During this period, Hope Park was gifted to the town as public gardens including a pitch and putt golf course.

The 1957 Ordnance Survey plan shows Keswick as a place of contrasts. On the one hand the town centre was at its most densely packed and urbanised. On the other hand, lower density residential developments at Great Crosthwaite, the Heads and Headlands, Windebrowe Avenue and along Ambleside Road allowed the town to spread the town into the surrounding landscape. The Pencil Factory in its current form makes its first appearance on the plan, occupying the site of an earlier factory near Greta Bridge.

The 2005 Ordnance Survey map shows a dramatic change in Keswick from 1957. This change is marked by three factors:

The closure of the railway created a number of opportunities for development around the former station with the extension of the Keswick Country House Hotel and on the former track to the west, a Leisure Pool and residential developments.

The clearance of sites in the town centre – including the former abattoir and the gas works as well as business premises to the north of Market Place – has enabled the construction of Bell Close car park and the linking of Victoria Street and Bank Street (both former cul-de-sacs) to provide a town centre “bypass”.

The construction of the car park on Heads Road did not require the same degree of demolition and clearance. The Co-op development on Main Street has also reduced the perceived density of the town centre by setting back new development from the original building line.

Low density residential development has continued in fields to the east and north of the town, as well as in the Crosthwaite area. Business and industrial uses have consolidated around the Pencil Factory and along Penrith Road.

Our recent masterplan work for the Keswick Area Partnership has highlighted the need for the town to change, to grow and to be refreshed by:

This is not a choice between tourism and diversification. Tourism is Keswick’s staple industry and the competitiveness and profitability of the industry are a precondition for future prosperity. But a modern tourism product needs to be complemented by a more diverse, knowledge-based economy, encouraging enterprise and creating opportunities for talented individuals.

Refreshing the economic and community life of Keswick means that the town will need to accommodate change and development. This will be a big challenge: for obvious reasons, Keswick has a very restrictive planning regime, in which any form of development has to be justified and the conservation of the town and its natural environment are paramount. When flood risks are added into the equation, Keswick is a town whose default position is to refuse development.

We understand the concerns that underlie these policies, and we would not want to see Keswick’s special qualities compromised. However, there are real dangers for the community if the planning regime is so restrictive that it becomes a barrier to change.

The implication is that Keswick has already achieved some sort of ideal state, but this is clearly not the case: beyond the historic core and some other attractive enclaves, much of Keswick’s urban environment is banal and undistinguished. Much of the town’s late 20th century expansion took the form of bland suburban sprawl – as shown in the animation – which should not be repeated, but the corollary of this is that quality development and good architecture and urban design have the potential to improve Keswick, strengthen the town’s identity and reconnect it to its landscape and cultural heritage.

Previous posts on the historical development of UK towns from an urban design perspective include Bolton and St Helier.

Here is an image gallery of Keswick: 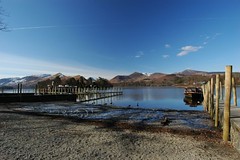 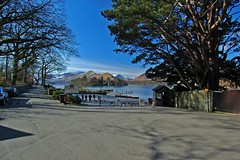 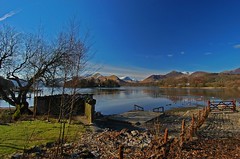 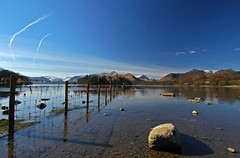 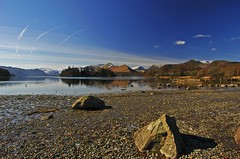 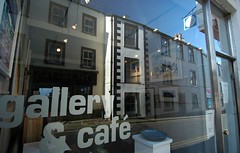 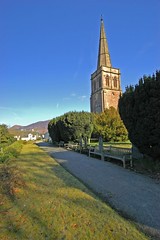 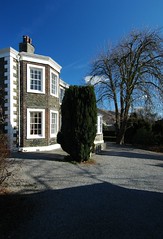 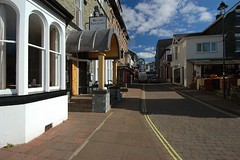 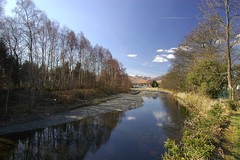 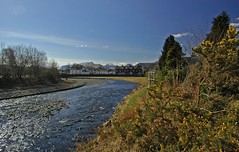 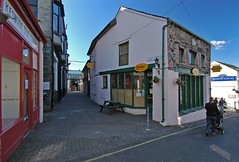 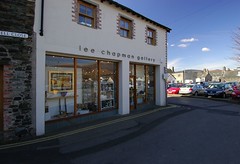 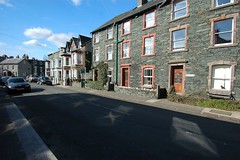 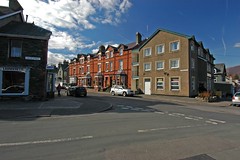 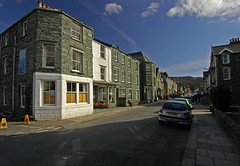 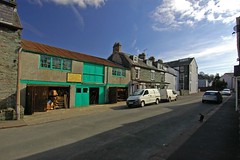 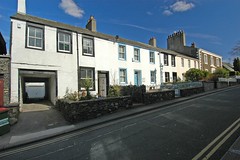 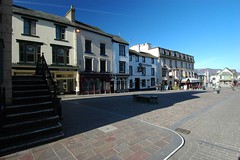